is part of the Informa Markets Division of Informa PLC

This site is operated by a business or businesses owned by Informa PLC and all copyright resides with them. Informa PLC's registered office is 5 Howick Place, London SW1P 1WG. Registered in England and Wales. Number 8860726.

Judging of each year's MDEA competition is conducted by an impartial, multidisciplinary panel of expert jurors—comprised of clinicians, engineers, and designers—who carefully review all of the submissions, narrow them down to a select group of exceptional products in each category, and name one best-in-show product.

Our jurors' independence and impartiality is a leading reason for the industry-wide acceptance and success that the MDEA program has enjoyed. MDEA jurors—past and present—have set a high standard for judging excellence and fair competition. 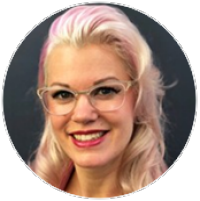 Stacie Depner is known for her high impact approach to achieving breakthrough business results. After earning a BS in Mechanical Engineering, she began her career as a medical device engineer and quickly transitioned into management. She has more than 20 years of experience in cross-functional team leadership, Lean/Six Sigma in manufacturing, and product development.

Her work has created innovative solutions and turnaround of several companies. Her result-driven approach with executive teams to set their strategy, align their organization to the strategy, and coach cross-functional teams to identify dramatic changes in most vital areas of business has given her insight on best practices within medical industry management.

In her previous role as engineering program director at Symbient Product Development, Stacie led multi-disciplinary design and engineering teams, holding them to high standards of excellent user experience, integrated design and engineering, and focused design for manufacturing. Across the business, she was responsible for delighting clients, motivating employees, and assuring profitable business success. Depner joined Hydrafacial, an FDA registered manufacturer of advanced aesthetic technologies and products, as director of engineering in 2020.

Depner is into traditional hot rods and customs. As a matter of fact, she built a ’30 Model A Roadster from the ground up and has a ’60 Buick Invicta as well. In her spare time, she likes to take on custom paint and pinstriping projects. 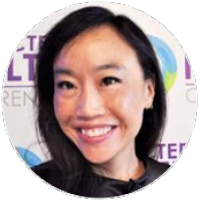 Jennifer Joe, MD, is a Harvard-affiliated Massachusetts General Hospital and Brigham and Women’s Hospital nephrology graduate turned physician entrepreneur CEO and Co-Founder of Medstro & MedTech Boston. Under her leadership, Medstro, which was founded in 2013, was cash-flow positive in only 14 months, profitable in only the second year of operations, and had revenue grow at a CAGR of 267% since 2014. Medstro & MedTech Boston were acquired in 2018, at which time it had seven full-time and five part-time employees and had large contracts with companies like the New England Journal of Medicine, American Medical Association, Boston Scientific, and Google.

Joe has been a leader in catalyzing the Boston and nationwide healthcare innovation ecosystem. She has led over 50 healthcare open innovation events with both the public and the private sector, including Google, Boston Scientific, Philips, the Brigham and Women’s Innovation Hub, the Massachusetts accelerator [email protected], Healthbox, and Harvard Medical School’s Spaulding Rehabilitation Hospital, just to name a few.

Joe currently teaches two regular Harvard Medical School classes, one on social media and on women in leadership, and is a practicing emergency room, urgent care, and hospitalist physician at three Boston hospitals, where she also oversees students, residents, and fellows training. 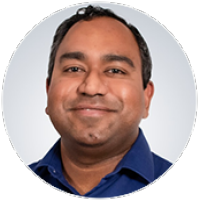 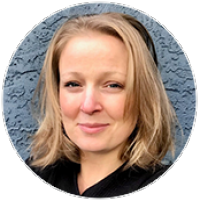 Nadia Routhier is a human factors engineer working for StarFish Medical in Victoria, BC.She is originally from Montreal, QC, where she completed an undergrad in industrial design and a master’s in ergonomics. She began her career in the aerospace industry working on the design of cockpits and flight simulators.

Since joining the product development team at StarFish Medical, Routhier has contributed to the design of a wide range of products, including diagnostic tools, monitoring devices, and neurosurgical instruments.

Her hands-on approach to product design focuses on rapid and frequent prototype evaluations together with user-centered activities. As a human factors engineer, her role also requires developing test plans and protocols throughout the product development lifecycle for uncovering usability issues and ensuring new medical products support user needs for efficiency and efficacy without introducing risks of harm. 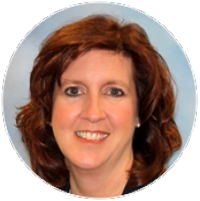 Mary Kay Smith serves as the director of the Michigan State University Learning and Assessment Center, where she is also an assistant professor. She holds a doctorate in higher, adult and lifelong education administration. Smith is the current chair of accreditation for the International Society for Simulation in Healthcare (ISSH), and accreditation reviewer, team leader, and member of the SSH Directors’ Committee and IPE Committee. She is also the quality assurance chair for the American Heart Association Great Lakes Emergency Cardiovascular Care Committee and member of the Association for Standardized Patient Educators, SimGhost, and Sigma Theta Tau International.

Smith has been a leader with regard to simulation, medical device, and packaging interface, presenting internationally and multiple collaborative research initiatives. Her clinical expertise as a nurse includes 19 years in emergency department and three years in ICU/CCU and clinical education. 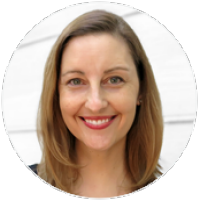 Kelly Umstead is an assistant professor of industrial design and the director of graduate programs in industrial design at NC State University. She has product development and management experience in the medical device industry. With graduate degrees in biomedical engineering and industrial design, Umstead’s design process is human-centric, from the identification of user needs to the translation of those needs into viable products. In academia, her research focuses on design in healthcare, human-centered design, and research methodologies. 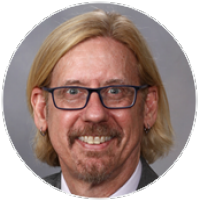 He is on the board of governors for the IEEE Technology and Engineering Management Society and the IEEE Systems Council. He is a technical committee member for the IEEE International Symposium on Medical Measurements and Applications and an affiliate for the University of Minnesota Medical Industry Leadership Institute. 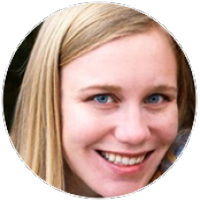 Stephanie Whalen is an accomplished mechanical engineer with extensive product development experience in medical device and consumer electronics. She has guided companies, from startups to multinational corporations, in every stage of the product development and production cycle. Specializing in R&D, Whalen has developed home health systems, wearable patient and practitioner measurement devices, therapeutic (ablation) and diagnostic electrophysiology catheters for AF and VT, inpatient and outpatient surgical aids for many types of treatment, and surgical trainers. She holds a Bachelor of Science in Mechanical Engineering from the Massachusetts Institute of Technology, as well as a Master of Business Administration certification. 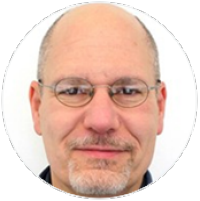 Wiklund has more than 30 years of experience in human factors engineering, much of which has focused on medical technology development—optimizing hardware and software user interfaces as well as user documentation. He is a Certified Human Factors Specialist and Licensed Professional Engineer. He is author, co-author, or editor of several books on human factors, including Writing Human Factors Test Plans and Reports for Medical Technology Development, Usability Testing of Medical Devices, Handbook of Human Factors in Medical Device Design, and Medical Device Use Error – Root Cause Analysis. He is one of the primary authors of today's most pertinent standards and guidelines on human factors engineering of medical devices: AAMI HE75, IEC 62366-1, and IEC 62366-2. 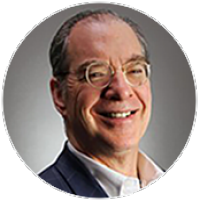 Stephen Wilcox, PhD, FIDSA
Chairman of the Board and Founder, Design Science

Stephen Wilcox, PhD, FIDSA, is the Chairman of the Board and the founder of Design Science (Philadelphia), a 40-person consultancy that specializes in optimizing the usability and safety of healthcare-related products for clients that include many of the largest manufacturers worldwide (e.g., J&J, Baxter, Medtronic, Fresenius, AstraZeneca, Sanofi, BD, Otsuka, Merck, and Novartis).

Wilcox is a member of the Industrial Designers Society of America’s (IDSA) Academy of Fellows. He served for several years as chair of the IDSA Human Factors Professional Interest Section. Wilcox has served on the advisory boards of the Industrial Design Department of Philadelphia University and the School of Design of Carnegie Mellon University, the Human Factors Engineering and Home Use Environment committees of AAMI, on the ISO/IEC committee (“Working Group 4”) that wrote the medical device human factors standard IEC/ISO 62366, and on the editorial board of Medical Device and Diagnostic Industry.

He holds a BS in psychology and anthropology from Tulane University, a PhD in experimental psychology from Penn State, and a Certificate in Business Administration from the Wharton School of the University of Pennsylvania. He has won a number of design awards, has guest-edited the journal, Innovation, several times, has served as a judge for a number of product design award competitions, and has chaired the national IDSA Design Conference and the London-based Include Conference on inclusive design.

Wilcox has given hundreds of invited addresses to various organizations, has published more than 70 articles in professional journals, was a recent Editor-in-Chief of the Human Factors and Ergonomics Society journal, Ergonomics in Design. He is currently teaching Human Factors in the Integrated Product Development Program at the University of Pennsylvania. His book, Designing Usability into Medical Products, co-authored with Michael Wiklund, was published in 2005.

Contact Us | Disclaimer | CCPA “Do Not Sell My Data”